Jankel, a world-leader in the design and manufacture of high-specification defence, security and NGO protection systems, has delivered the first of their ‘next generation’ Guardian Counter Terror Assault Vehicle-Urban (CTAV-URBAN) to an undisclosed customer. Based on the latest 2020 Ford F-550 platform, the Guardian CTAV-URBAN features a new Mobile Adjustable Ramp System (MARS) from long-standing partners Patriot 3 who work exclusively with Jankel in the UK.

Firmly established as one of the premier global suppliers of armoured counter terror adapted vehicle systems, Jankel, with Patriot 3, have developed and integrated a new version of the MARS ramp system for Guardian CTAV-URBAN that delivers a narrower, lighter, single ramp, fully hydraulic variant that will allow counter terror teams to effectively operate in tighter spaces and more restricted city environments. Retaining the Ford OEM aluminium body, Jankel engineers have developed an armour suite that mounts within the vehicle without compromising structure, rigidity or durability. The integration of the new MARS ramp onto the Jankel Guardian CTAV-URBAN includes the flexibility to remove the MARS system, if needed, as well as the development of numerous other innovative enhancements in platform protection and tactical systems.

Jankel has a history dating back to the early 2000’s of providing the very best tactical counter terror platforms. With this new CTAV-URBAN variant, Jankel has customised the platform to meet the exact customer needs and tactics. The vehicle has been fully tested to prove the durability, reliability and maintainability but also to validate the advanced handling and performance characteristics expected of a truly tactical counter terror assault platform. Working closely together with Patriot 3, the CTAV-URBAN ladder system has been developed and refined to retain all of the MARS standard functionalities yet deliver additional options packaged in a single ramp configuration.

Charlie Fuqua, Elevated Tactics Sales Manager from Patriot 3 said: “we have had an ongoing working relationship with Jankel since the mid-2000s and have supplied numerous multi-mission vehicle solutions to defence and law enforcement end users around the world.” He went on to say: “Patriot3 looks forward to continuing our Jankel partnership with the introduction of the new CTAV-URBAN (complimenting the CTAV), as well as future developments to meet our customers ever evolving operational requirements.”

Andrew Jankel, Chairman at Jankel Group said: “we’ve worked with Patriot 3 for many years on a number of successful specialist vehicle-based projects so delivering the first of this next generation Guardian CTAV vehicles to an exceedingly important customer is a continuation of an already strong partnership”. He added: “Effective partnering is one of our key strengths here at Jankel and our partnership with Patriot 3 is another fine example of how we bring capability, innovation, flexibility and agility together to deliver and support the very best products and services, driving mission success”. 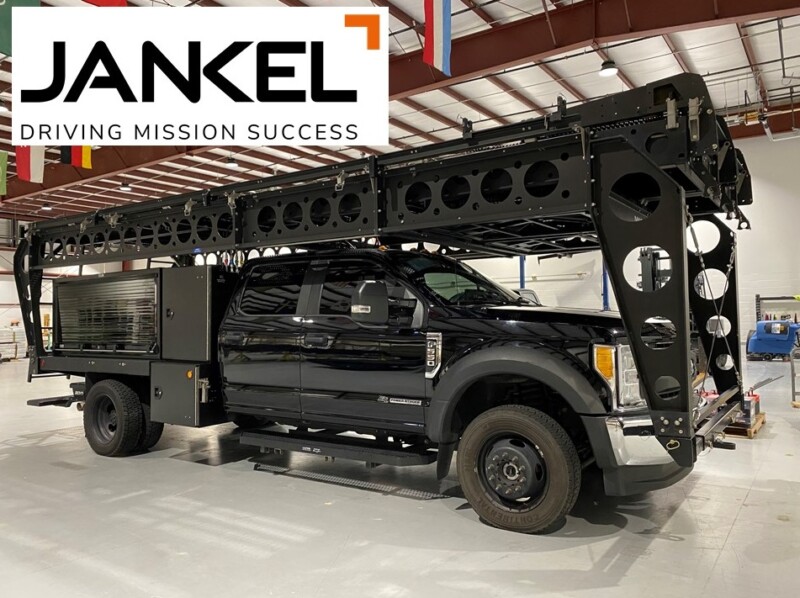